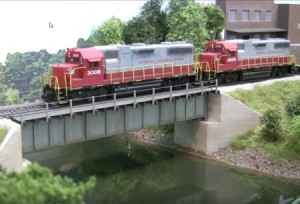 Featured in the upcoming issue of Model Railroad Planning is community member Tom Klimoski’s Georgia Northeastern Railroad.  A sneak peak of this excellent layout is shown  in his recently produced YouTube video.  Shown below is his track plan. 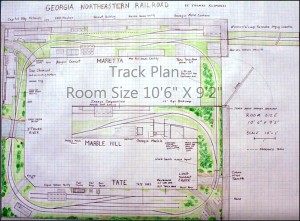 There are some great lessons to be learned from Tom’s efforts.  A few that stand out to me are: