Home / How To / Wireless Headphone Sound 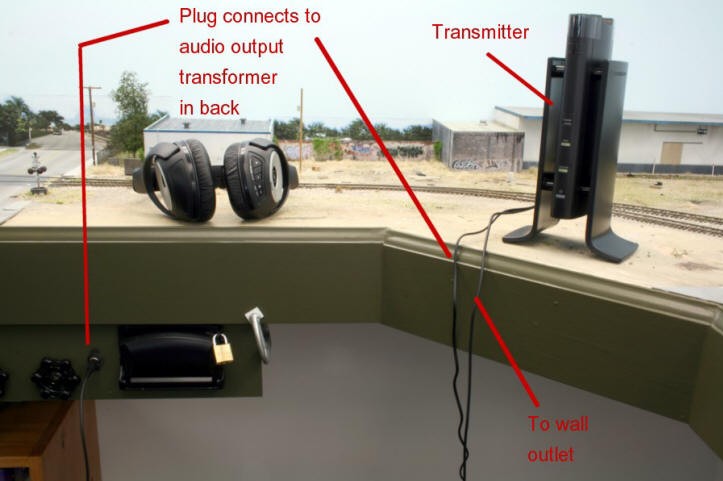 Locomotive sound is a major, major element of the rail side experience. There is nothing more visceral than being twenty feet from the right of way as a locomotive slowly accelerates through the notches with chest thumping bass. Because sound is such a major player, modeling it as effectively as possible deserves considerable attention.

As entrenched as we are in the current system of onboard sound (decoders and speakers placed in the locomotive), it is extremely limited in terms of the quality that it can produce. The combination of very cheap speakers, the location of the speakers in a plastic shell, and the pathway from locomotive to ear produce a sandy, staticy sound harkening back to the days of old AM radios. To be blunt, the audio quality of onboard sound is very poor and, by its very design, there is very little that can be done to improve it.

Particularly for smaller layouts, there is an alternate approach that largely removes the obstacles of onboard sound and produces a sound quality far superior to that produced by speakers located in the locomotive shell. That alternative is off board sound pumped into wireless headphones. The concept is simple. A sound decoder is located under the layout, tapped into the main layout power bus, and programmed to the same address as the locomotive on your train. This under table decoder then simply transmits sound to very high quality wireless headphones. By switching to headphones a) you now have sound going into speakers of extremely high audio quality designed for the music market and b) the headphone ear cups now give the sound a very controlled path to the ear. 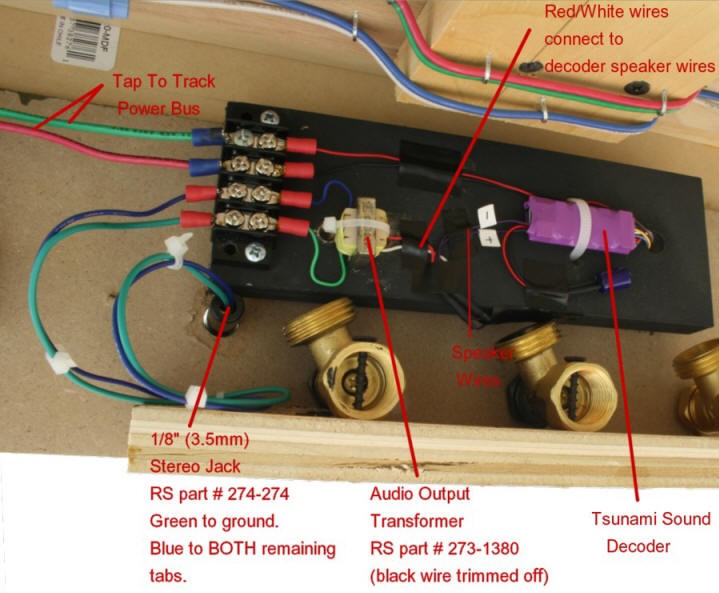 Shown above is the mounting platform of the off board sound decoder mounted under the layout. On the left you’ll see an audio jack that the wireless head phones plug in to. In the middle is an audio output transformer. This inexpensive device is critical to include as it matches impedances between the headphones and speakers. On the right is the decoder itself. 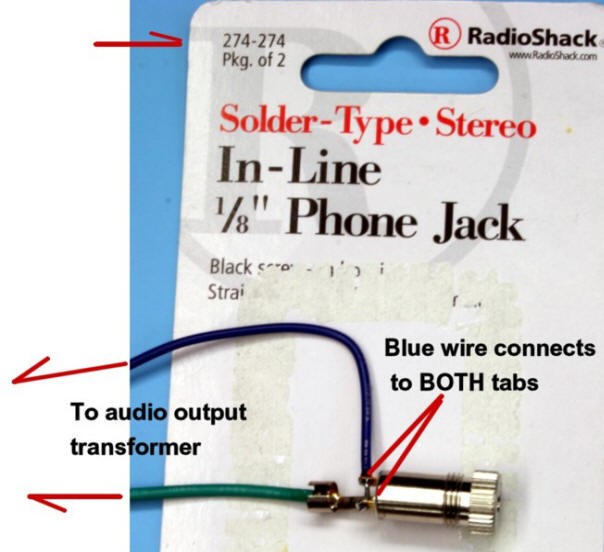 Pictured above is a close up showing how the audio jack is wired. It is very important to note that the blue wire on the right connects BOTH tabs so that sound goes to both of your headphone speakers. On the output side, the wires tap into the audio output transformer. 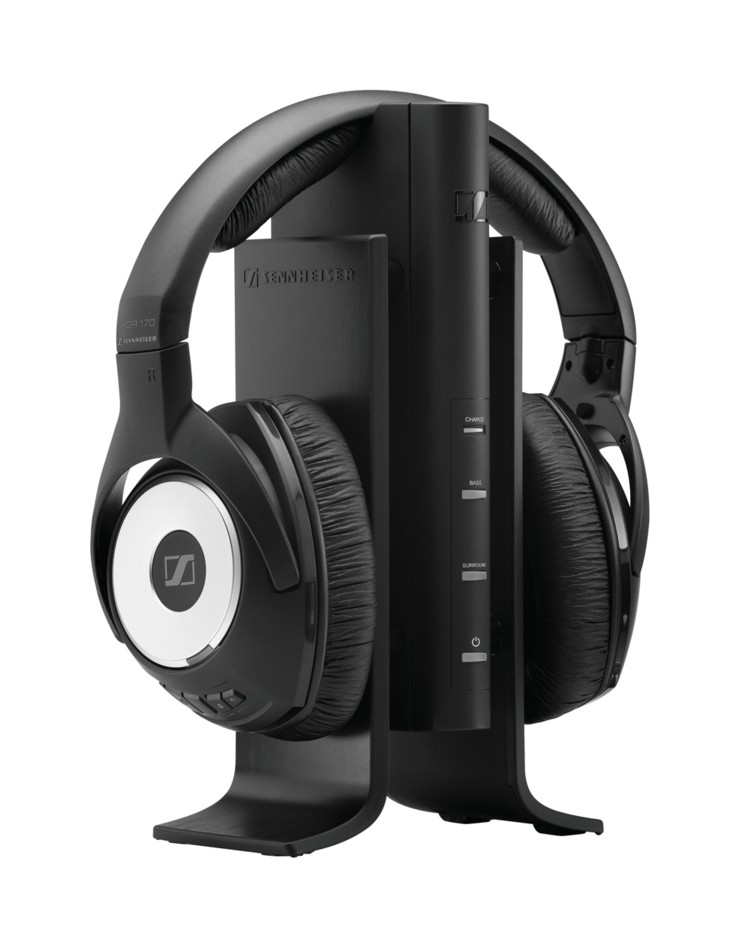 If you go the off board sound route, you should go “all in”. By all in I mean investing in high quality wireless headphones marketed to the music enthusiasts. I use Sennheiser RS170’s.

Once you have the few basic components wired together, program the under table sound decoder to the same locomotive address as the locomotive on your train, plug your wireless headphones into the audio jack, and savor the experience!

CV 128 is the master volume. It is ABSOLUTELY CRITICAL that this be set to a low number or you’ll blow your ears off. Do this as a first step. On my layout it is set to 20.

CV131 is the diesel exhaust volume. I’ve gotten some nice effects by really jacking this number up to 250.

CV153 is the equalizer adjustment. You have seven options and again, I gained additional sound quality by experimenting with these numbers and in my case settled on equalizer preset “5”

All of this tuning is much, much easier if you do it via Decoder Pro with the Sprog II (Available from DCC Train in Ohio)

*A note of thanks goes out to the members of the Yahoo Groups “Layout Sound” internet forum. The technical aspects of this system were worked out largely through their input and for that I’m greatly indebted.