A One Turnout Layout

A layout with only one turnout?  One that offers diverse, hour long operating sessions without ‘make work’ complexity?   A layout that could be built in two weekends and then morph into something that provides several years worth of craftsman projects?   A gimmick?  Absolutely not.  It’s all a matter of selecting the right theme, understanding prototype operations, and understanding the fact that car spots, not turnouts drive a layout’s operating potential.  The plan below is an almost full scale rendition of a bakery in Miami serviced by the FEC.  Depending on the day,  you’ll see two to five boxcars, two to four vegetable oil tank cars, and a grain hopper spotted at the plant.

The layout lends itself to numerous twenty to sixty minute solo operating sessions, perhaps several times per week as a means of winding down after a long day.  On a complex day of operations, a session would likely stretch longer than an hour.    An hour not long enough or sophisticated enough for you?  My guess is that 90% of model railroaders don’t operate an hour a YEAR so let’s be put things in perspective.  Thirty to sixty minutes a night several nights a week would be very rewarding.  Although I haven’t seen them work this plant I’d imagine an inbound train of loads would first pull the entire cut of cars currently spotted, empty or not, and then put them on the sorting track. At that point a protracted series of push/pull moves to ‘sort the deck’ would be employed to re-spot everything.  The fact that the crew would have to keep the surrounding streets clear adds another twist.  (Note that all railcars are incoming loads/outgoing empties.  Outbound product leaves via truck).  Things are probably tricky most days in that when an inbound train of loads arrives some of the cars are empty and need to be pulled and some are still being unloaded.  This means spotted cars that haven’t been unload yet will need to be pulled and re-spotted.  I would imagine if they run out of space for incoming loads that they are temporarily placed ‘off spot’ on the sorting track until room clears up.  Although I doubt it would be necessary, if you want more diversity you could always backdate and activate some of the abandoned track.

If it were me I would approach construction this way.  The first weekend paint the drywall behind the layout sky blue and get the shelf brackets up.  The next weekend, mount the hollow core doors and glue 1inch thick extruded foam on top of them.  After that, tack down some temporary Atlas code 83 track, hook up a power pack or DCC system, lay down 3×5 cards for the car spots, and start operating.  The cost at this point would be minimal.  Once up and running you could then go back and embark on a full blown, all out detail assault picking projects as the mood strikes you.  The beauty of a layout such is this is that it lends itself to a very focused effort without feeling overwhelmed by the pressure of completing fast swaths of real estate. Gradually replace the Atlas track with Micro Engineering a few feet at a time.  Scratch build the structures.  Super detail your rolling stock.  Don’t laugh, it’s a way to have a total blast, a ‘grown up’ layout, and at virtually no cost.  These simple layouts serve the broadest spectrum of modelers from entry level to those with decades of experience looking for a highly focused detail effort that will provide ongoing ops. while construction is taking place. 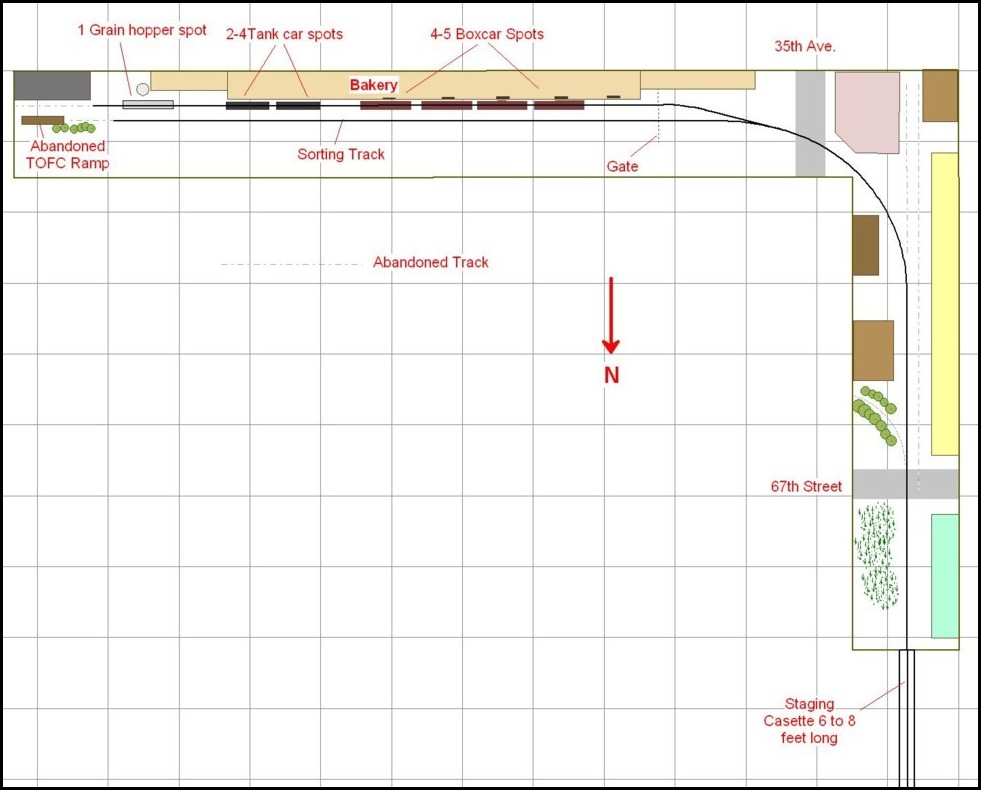 The long leg of the “L” is composed of two, 18 inch wide by 80 inch long hollow core door blanks for a total length of 160 inches.  The short leg is a single 18 inch by 80 inch door blank.  You could use narrower doors if you chose to.  Less common, narrower widths can be custom ordered from Lowes at nominal cost if you’re willing to wait a few weeks for delivery. An incoming train would likely start by pulling the entire cut of spotted cars first.  That being the case, you need enough track below the turnout to hold the length of the cut plus the length of your incoming train. 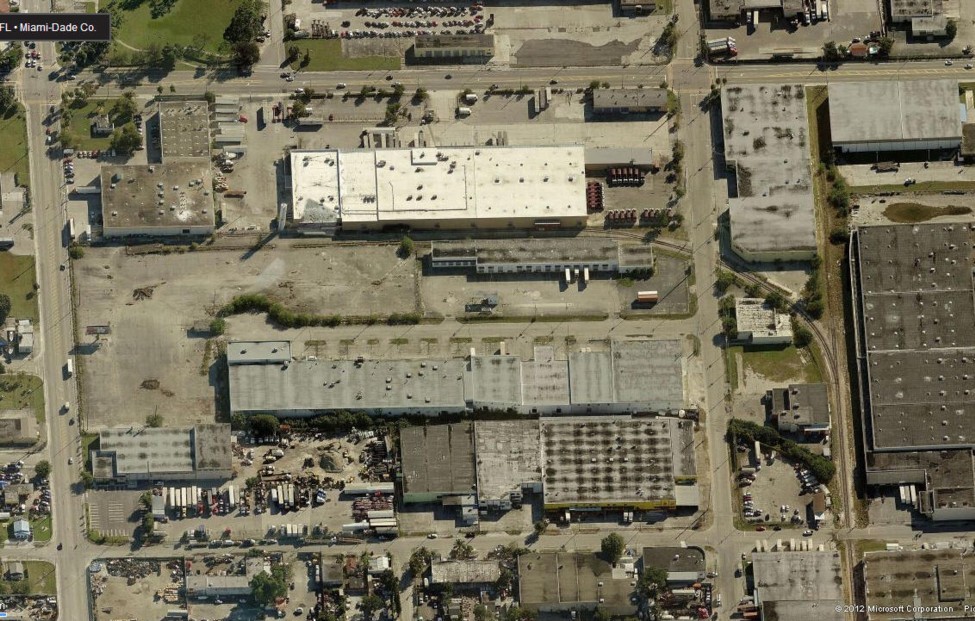 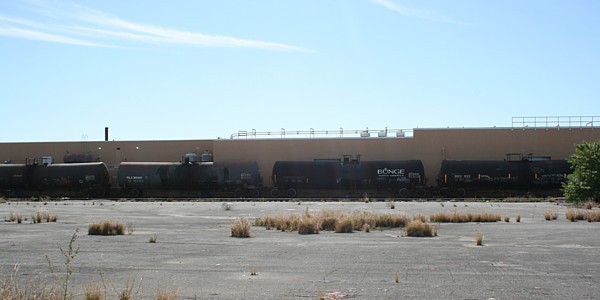 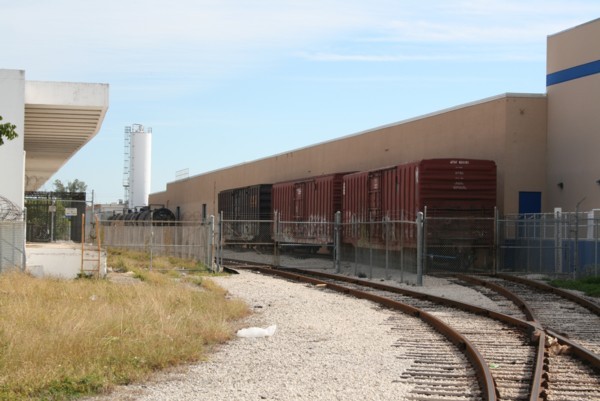