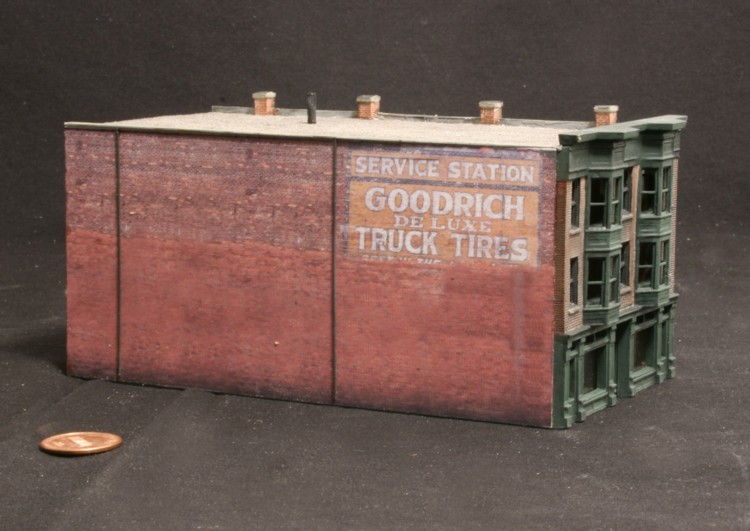 Photo laminate on a blank wall of a DPM structure.

When I took down the old Monon  layout, I kept all of the structures and carefully packed them away.  At the time I had no clue how handy it would be to have them for the Brooklyn layout.  Turn of the century brick architecture is as much of a fit for Brooklyn as it was for Bloomington, IN so they’re great candidates for recycling.   Most are DPM either un-modified or kitbashed.  When I originally built them,to save time, I only constructed the portions that would be visible from aisle, often just using a sheet of styrene for walls that wouldn’t be seen. Those styrene walls are turning out to to be a really nice blank canvas for photo wallpaper.  I wasn’t sure how the photo laminate technique would work in N scale but I think it’s an even better fit than the larger scales because you want even less relief.