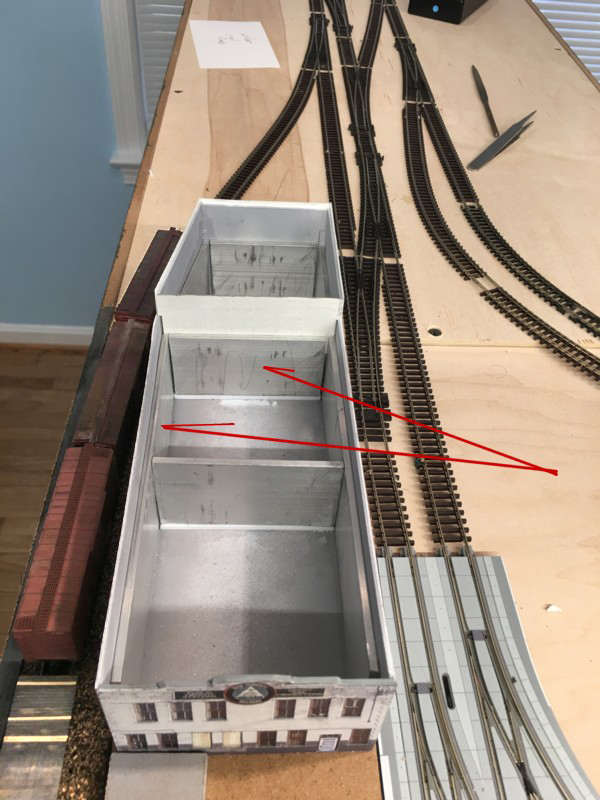 The first scene to be developed on the Brooklyn Terminal layout will be the corner of the layout near the freight house and interchange tracks.  The freight house model is based primarily on the Bush Terminal Facility that existed on First Avenue.  I was a little surprised that a scan of an image in the Flagg book was entirely usable for the photo wallpaper technique. I used .040″ styrene for the sides which is much thinner than I usually go…easy to cut but the consistency of leather so it needed to be fortified somehow.  I had some 1/8″ thick aluminum bar laying around the shop so I cut that up with a hacksaw (hacksaw blade in a saber saw. Wear eye protection when cutting) and glued it to the back of the styrene walls with CA.  Problem solved.  The aluminum backing added the necessary rigidity and then some.