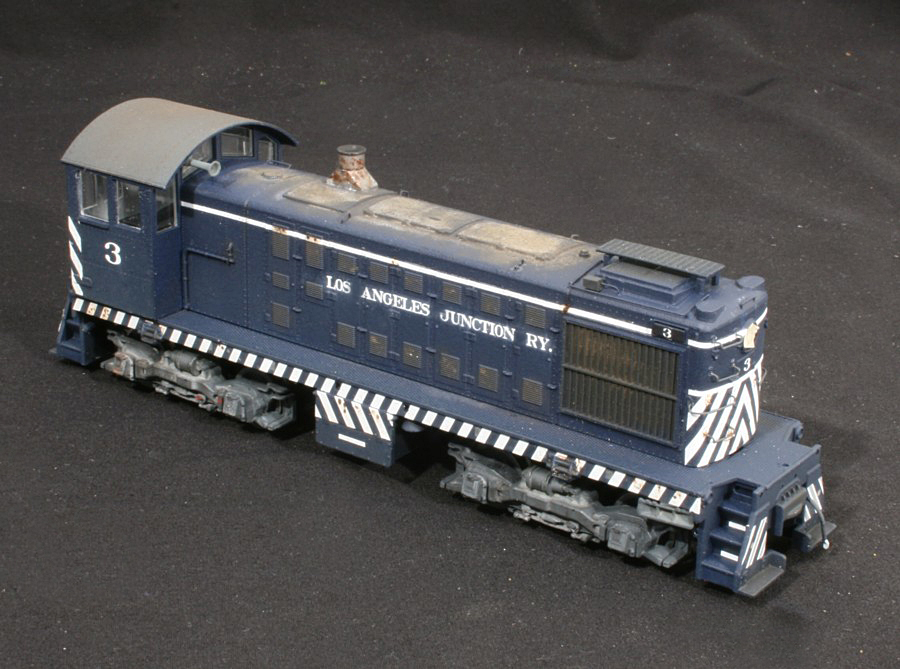 I’m starting to hit the home stretch with the Alco project.  Most of the weathering is done and about half of the gingerbread details are mounted.  Next up are the handrails and final details.  I use photographs such as this to look for areas that need weathering and color pattern touch ups (I see a few that need attention) as well as parts that weren’t installed with straight alignment.

Something seemed a little off yesterday so I let it sit for awhile while I tried to figure out what it was.  It occurred to me that originally the white striping was just too bright and I wanted a way to very subtly tone it down.  For this project I used a thinned Dullcote mix applied with an airbrush.  I poured some of the Dullcote in  the airbrush cup and then added a tiny drop of US Army helo drab to give a hint of color.  I tested it on a white card first which was good as the initial batch was too dark.  I mixed a second, weaker batch, re-tested it by spraying it on a white card, and then fogged that on to knock the edge off of the white.

When you apply alcohol on top of Dullcote it reacts to create a frosty haze.  This is something you can use to your advantage if you think things through.  I used the frosting effect on the trucks and to create the ratty sun bleaching on the top of the hood.  If you go this route you just have to make sure you don’t inadvertently hit it with Dullcote again or the frosting effect will disappear and the Dullcote will return to its totally clear state.