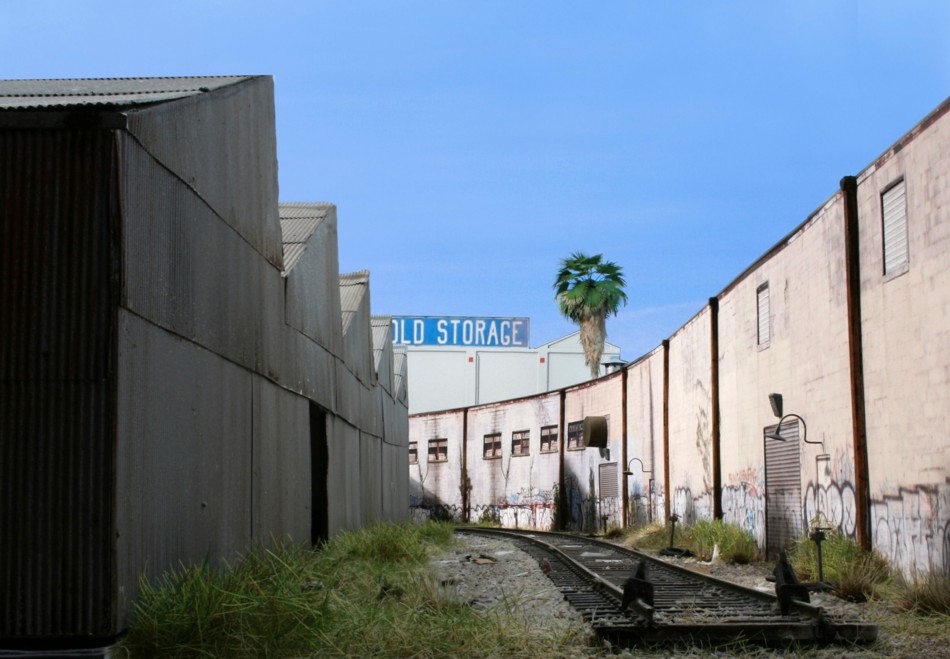 Now that the LAJ layout is essentially done, I’m circling back and re-shooting some of the photos.  The Sweetener Products “back alley” is shown above.  A larger format version can be seen/downloaded on my Flickr page.  Realistically, a facility like this would probably have a slightly more modern look.  I wanted to leave the option open for backdating so fudged a little so that this could serve as a warehouse if I go that route.  Note the unloading pipes and hoses fashioned from Grandt Line O scale piping and coils of solder.  The image was shot using my Canon Rebel Xti and run through Helicon Focus and Corel Knockout 2.