“Sounds of the J” Movie Short 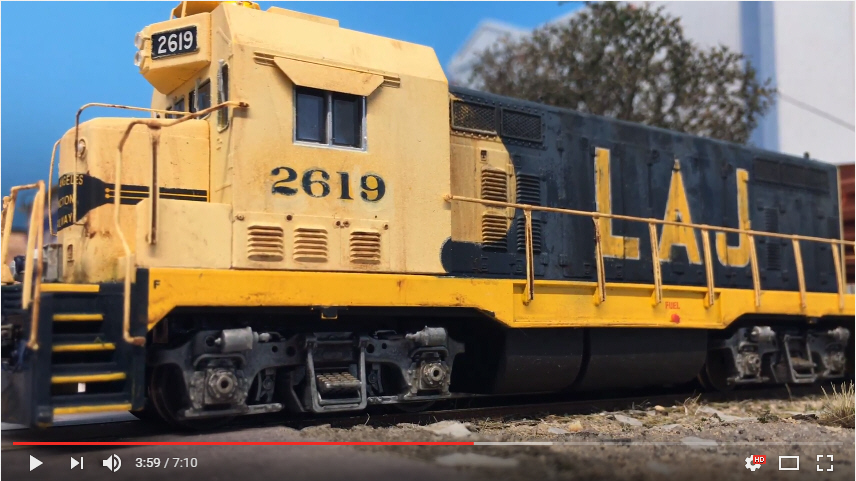 Sound of the J

It took a good month of fairly hard work, but I’ve completed my first all out effort in the area of model railroad video.  “The Sound of the J” can be seen on YouTube HERE.  Seeing how much work it took to put together a seven minute “short” sure gives you a new appreciation for the pros that have to produce two hour long movies under much more difficult conditions.  For those that want to venture down this path here are some random thoughts that may be helpful, most of which I picked up from online tutorials and published interviews of movie pros.

Know what you want to accomplish going in

It’s human nature to want to whip out the camera and immediately hit the record button.  However, to get a decent result you need to hit the mental pause button, and take some time to think through what your end game is. Who is your audience? Just yourself? The hobby YouTube universe?  Sales prospects?  Are you trying to instruct, tell a story, sell a product, or instill a mood by taking the viewer on a journey?  In my case the audience was only myself. I wanted to be able to experience my layout in a way I couldn’t with the naked eye.  I wanted to capture the sense of mass and power that is unique to railroading.  I wanted to highlight the sounds of railroading.  It took some discipline along the way from the standpoint that I knew that the format wasn’t that of a traditional model railroad video and wouldn’t appeal to a mass audience.  I was tempted at times to truncate the long freight car crawl sequences and had to constantly remind myself that if a cut appealed to me, if it captured the feel I wanted, it needed to stay in.  Producing to entertain a broad audience, to be a “pleaser”, is necessary in many cases but it also can be a slippery slope that can temper more creative efforts.

Composition and creativity leads the train, not  tools

It’s so easy to get caught up in the technology that the central goal is lost.  That central goal is composition, producing something that is creative and artistic.  Anything beyond that is simply a supporting tool, a means to an end.

Write a “script” or outline beforehand that lays out the scenes, sequences, sounds, and editing approaches before you start filming.  In my case this was just a simple chart on piece of notepaper.

Model railroad video traditionally follows a very specific format.  Try to break away from that approach and explore different techniques.  The best way to do that is to study films, long and short, outside of the hobby.  Video is a large hobby in it’s own right with a passionate following constantly pushing the envelope with new approaches.

Know the challenges going in

Depth of field:  The shallow depth of field of close up photography creates challenges unique to our hobby.  A smartphone’s small sensor appears to give you more depth of field than a traditional video camera or DSLR.  The small dimensions of the phone also give you viewing angles and camera locations that would be simply impossible with other devices.  You can work around the depth of field issue by working primarily with broadside shots or viewing angles that are controlled in a way that the camera doesn’t pick up much in the distance.

Backdrops:  Traditional model railroad backdrops tend to be problematic from the standpoint of either being distracting, un-realistic, or having a tendency to wash out to a muddy, gray blue behind the camera.  I contacted Dave at Backdrop Junction and bought a six foot long plain sky backdrop and had him bump the saturation up twenty percent.  I then taped the backdrop to the wall behind the shot.

Sound: Ambient model railroad sound is totally un-usable.  My first step in the editing process is to delete the recorded sound and cut in audio from sources such as Freesound.org, Sound Dogs, YouTube, Scanner captures, etc.

Upgrade with a video app

It is much, much easier to produce a decent iPhone video with the FiLMic Pro app.  You get independent focus and exposure control, better white balance, and numerous other tools that make your life easier.  As an example of what FiLMic can do, jump to the sequence at the 5:30 mark.  You’ll see that I started with the cross bucks as the focal point and used the FiLMic focus wheel to transition to a focal point on the boxcar.  Night photography can be tricky in that the video is always grainy and glittery.  I shot the night scene under room light but spun the FiLMic exposure wheel to an underexposed setting to give the illusion of darkness.

Finally, a shout out to Scott Jordan for allowing me to use the audio on his YouTube video as well as the several blog readers that explained to me how to capture scanner audio.

Phone mount: A variety of methods were used from leaning the phone against a weight, clamping it with spring clamp, to using a dedicated camera phone holder on a tripod