One turnout, two years of satisfaction and going strong 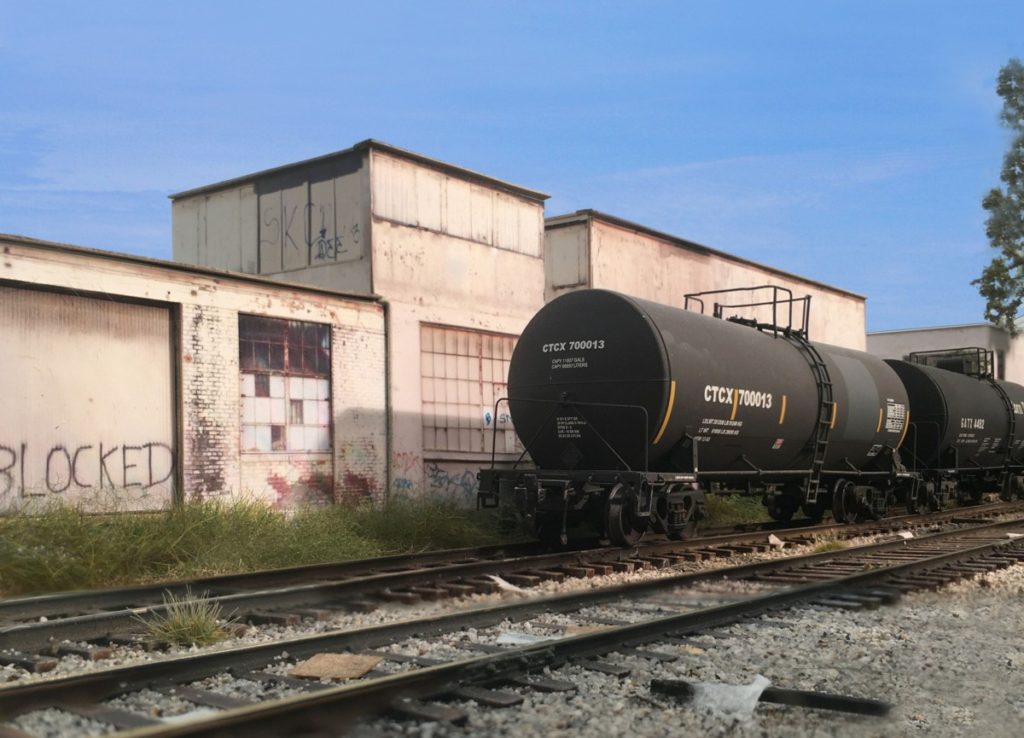 Extra track space is at a premium when switching Sweetener Products. In this view, two corn syrup tanks are temporarily stuffed into the Sabor Hispano spur while the car sorting and spotting takes place.

I’ve never been one for artificially designing  un-realistic switching nightmares into a track plan.  The prototype offers up enough to keep you thinking as is and does so with relatively little track. Switching Sweetener Products is challenging on a few fronts.  First, this is a car spot driven industry.  Each tank car contains a different grade of syrup and must be spotted at the appropriate unloading hose to prevent contamination.  Second, there isn’t a lot of track to work with, especially when taking into account the relatively large number of cars being dealt with.  Finally, thinks are further complicated by the fact that the tank cars look almost identical making it difficult to keep track of them while you work.  Working this industry is an exercise in concentration!

Why is this important?  It’s important because it illustrates the point that a layout that occupies a tiny footprint that is within the reach of any hobbyist, is inexpensive, and only has one turnout(there are two turnouts but the second isn’t used much) can be both highly plausible and fulfilling to operate.  The construction aspects of the LAJ kept me busy and happy for several years and I’ve yet to grow bored with it.  An operating session would easily extend longer than an hour and entail so much focused concentration that you’d likely be ready for a break at that point anyway.  Here’s how a session might unfold.

Every prototype is different but, from the conductors I’ve spoken to, generally  the yard job doesn’t pre-sort the cars for the local prior to sending it on the road.  The local needs to do that when it gets to the industry.  Using that as a guide, a local would come down The Horn Lead with the corn syrup tanks bound for Sweetener Products and need to sort them prior to spotting.

Maybe my professional rail buddies will set me straight, but this is how I’d approach things.  First, I’d dump the cut of incoming loads temporarily on the Federal Cold Storage lead.  Next I’d pull the entire cut of empties including the car in the process of being unloaded.  Using the cut of empties as a “handle”, I’d begin the long push/pull process of spotting the loads at their dedicated hoses, including re-spotting the car that yet to be un-loaded.

The car that wasn’t fully un-loaded throws a wrench into things because now we don’t have enough room for all of the incoming cars.  Rather than take the extra car back to the yard, it’s spotted outside the gate to be dealt with by another shift once space opens up.  All of this is going to take you “awhile”.  In the end it’s an approach that offers a lot of entertainment per square foot and per dollar of hobby budget.