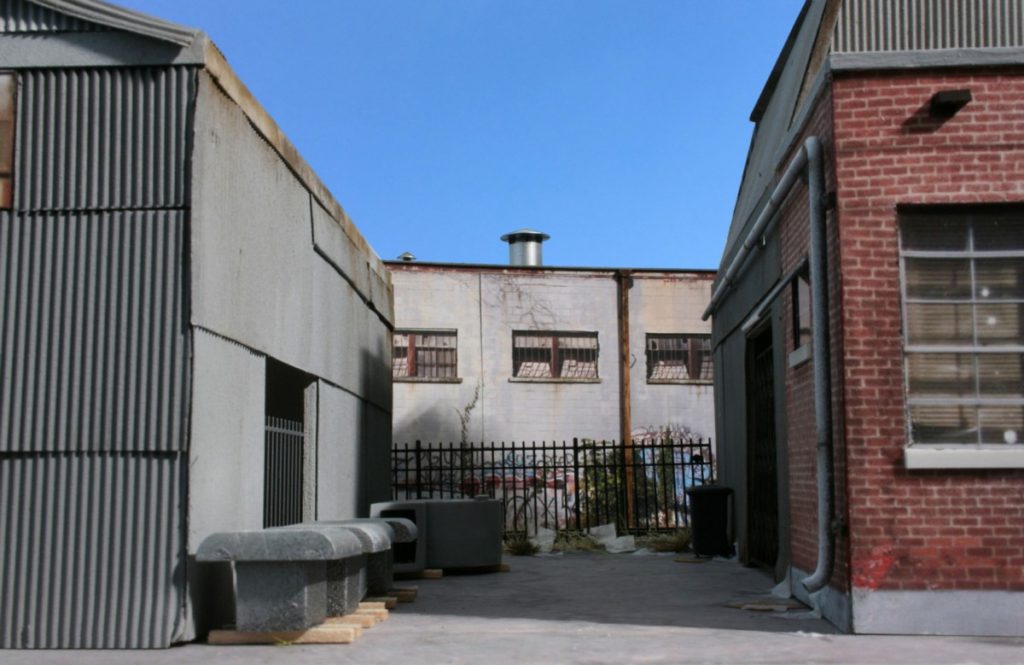 A look down the alley between the shops of Modern Pattern & Foundry. A larger format version of this image can be found on my Flickr page. Note the illusion of depth in the windows created by using glossy photo paper.

Yesterday I got a new wireless throttle in the mail for use with my EasyDCC system, a T5000 to be specific.  Love it.  I decided to put it through the paces by setting up an op. session.  The LAJ layout will probably accommodate somewhere between ten and twelve corn syrup tank cars.  Right now I’ve built the roster to eight.  Cutting a few corners on  procedures, it took me about forty minutes to run through the switch list. With additional cars that might stretch to an hour.  Being honest with myself that’s about the limit of my attention span.  During the week I’ll often run for ten or fifteen minutes moving a car or two.   The Downtown Spur in the basement could spin off a three hour session but that’s simply more than I want to deal with save for open houses or when I have out of town guests.