In my last post, I discussed some thoughts on scene composition and, as part of that write-up, the importance of non-descript “framing structures” to surround a focal point structure.   On my LAJ railroad, May-Vern Liquor is the focal point of the layout as you enter the room.  Just to the right of it is the framing structure I just finished.   It’s representative of the older structures on the LAJ but not so over the top or interesting as to compete visually with May-Vern. 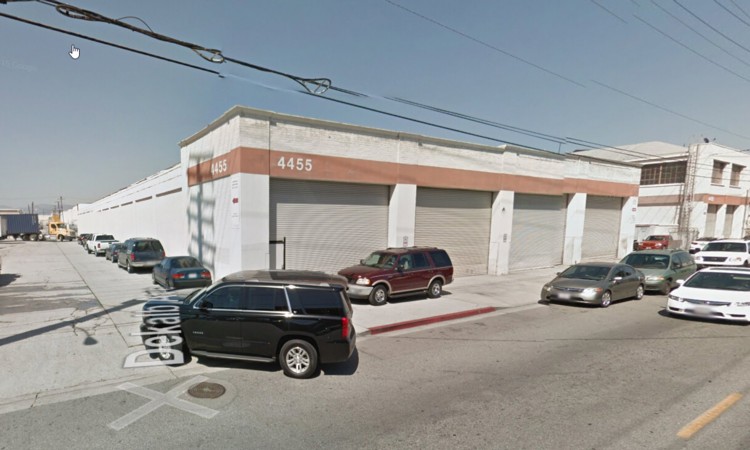 I used two different structures for inspiration.  4455 Fruitland Avenue, shown above, was used for the street side.  Google Streetview had a number of well-lit images to choose from. 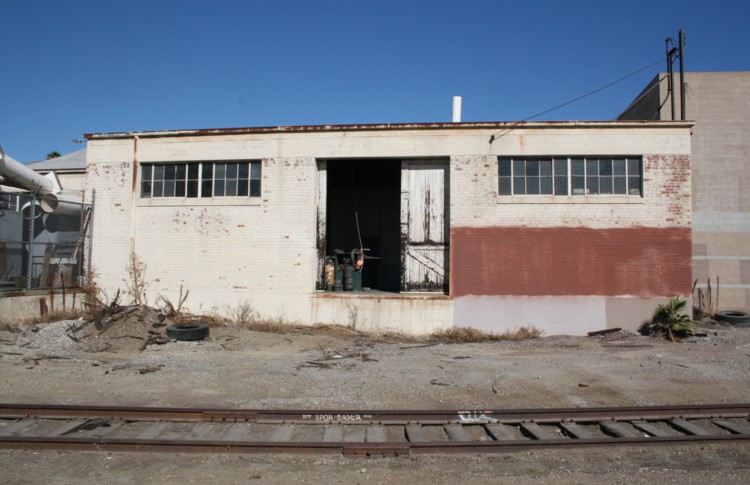 For the rail side of the structure, I used the image above taken on my trip to the area in 2015.  It’s on the Horn Lead a bit west of Everett Avenue.

Here’s a view of the model showing the rail side of the finished structure.  I used some cut and paste to extend the prototype photo to make it long enough.  The gutter and downspout are .060″ styrene painted with a 50/50 mix of Model Master “Sand” and flat white.  Weathering of the spouts and gutters was with artist oils and chalk.  The door was constructed using an image from another structure on the Horn Lead. Although the actual door was relatively clean, I modified the image by photo shopping on some tags.  To give depth to the door I printed two photos, cut the recesses out of one and then adhered it on top of the other.

As I become more experienced with photo lamination I’ve moved to adding more depth to the structures.  The roll up doors in the photo above are recessed a full quarter inch and the panel insets above the doors .060″.  Adding the recesses looks much better but adds complexity as there are lot more photo pieces to work in (column sides, etc.)

Finally, the core was made with .050″ laminate for the base and roof with 1×2 pvc “wood” for side bracing.  The sides are .060″ styrene to which I added styrene strips for the columns.  I’ve uploaded the images I used in the Photo Wallpaper section of the Help Section.