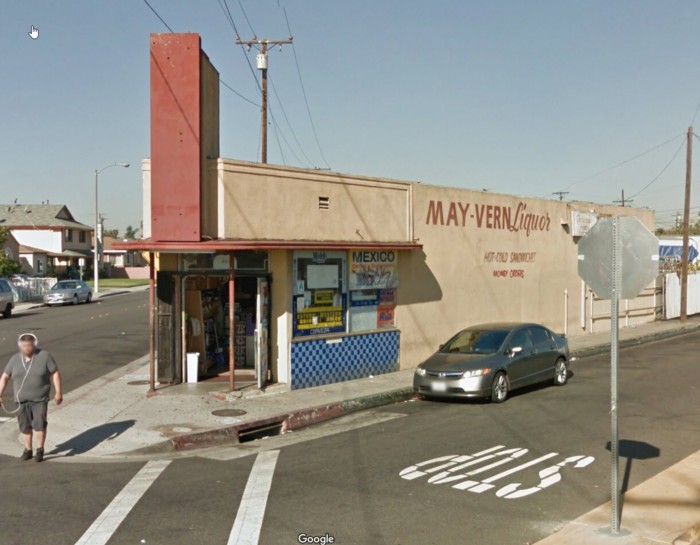 Scene composition is always a slippery slope, especially for freelance or proto-freelance layouts such as the LAJ.  If you cherry pick and select a random collection of the most interesting structures you have what looks like a model railroad.  Go too far in the other direction and you don’t have enough to sustain interest.   Somewhere in there is a balance that is difficult to quantify.  A starting point might be one focal subject framed by three more mundane structures.  The mundane structures set a sense of place and provide visual contrast.

As District Blvd. slices diagonally across Vernon the actual structures on the north side of the tracks were exceeding unexceptional.  Originally I was going to model what was there, revel in the boring, and leave it at that.  However, this piece of real estate is essentially “the center of the painting”.  If there was one place on the layout that needed a defining structure this was it.  I spent a few hours aerial rail fanning Vernon looking at what I could find on other diagonal running streets besides District Blvd.  I didn’t have to look long before finding May-Vern liquor (A play on the towns of Maywood and Vernon, CA).  Small and Edward Hopperesque it was the ideal candidate.  May-Vern will then be the centerpiece on the layout.  I’ll place a more mundane structure next to it to act as a frame, provide contrast, and make sure the eye is drawn to May-Vern as the focal point as opposed to having the structure lost in the visual noise of other unique structures.