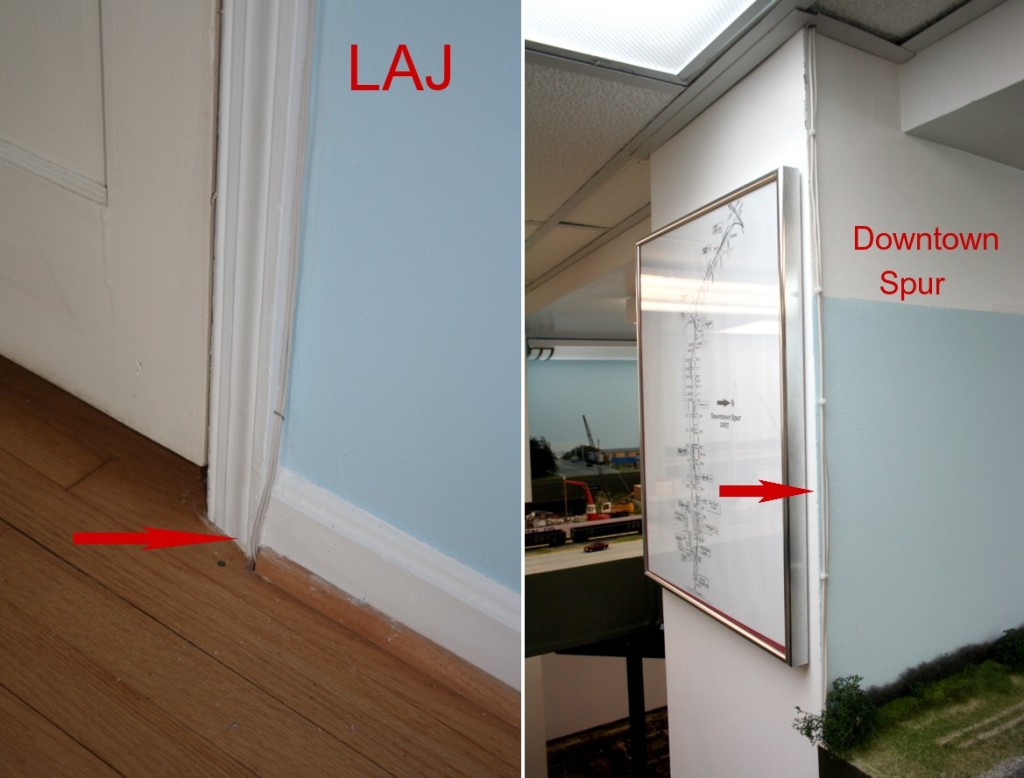 The LAJ layout is powered by running a tap downward through the floor to the Downtown Spur in the basement below.

I seem to recall an event in my son’s hormone laden teen years that resulted in him branding me a “cheap ass bastard”.  It probably centered around a differing point of view as to what constituted an “essential” item.  The latest edition of Call of Duty wasn’t an essential in my mind, apparently it was in his.  I wasn’t offended.  I mean, it is true.  Self acceptance is the path to inner peace.  It’s sort of like being a modern era modeler, N scaler, or Dallas Cowboys fan,  We are who we are.

As it came time to belly up to the bar and buy a control system for the Los Angeles Junction project, the cheap ass bastard in me began to raise its ugly head.  I was having a hard time getting motivated to plunk down six hundred bucks and I’m not ready to launch on the battery issue yet.  In addition, the shelving to house the system components would break up the clean lines of the room.

One afternoon as I was experimenting with some mock ups it occurred to me that not six feet below the floor lay the Downtown Spur layout in the basement beneath me.  Had the subject been of more life importance I  would say I had an epiphany.  All I had to do was drop a feed from the LAJ bench work, through the floor, and tap into the Downtown Spur grid.  Wireless goes through walls so why not floors?  I dropped the feed, connected the taps, and….success!  The LAJ runs like a charm (o.k. it’s only three feet of track but still) using the other layout’s control system.