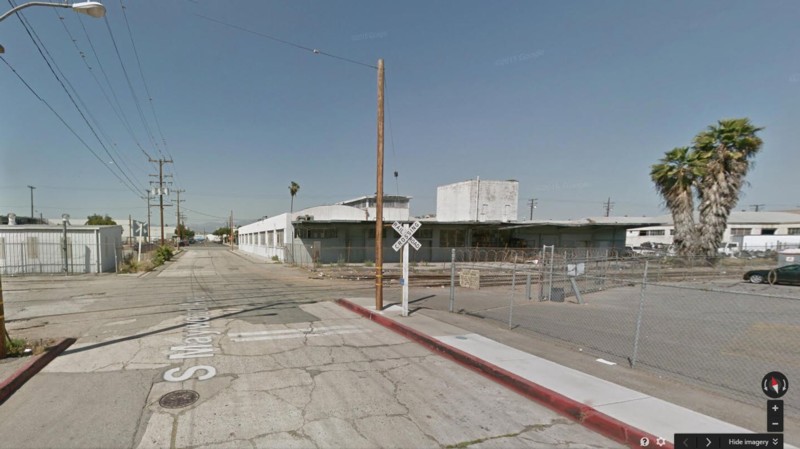 Since finishing the bench work for my LAJ switching layout I’ve been playing around with scene composition and a variety of design ideas.  Nothing really got me excited enough to commit.  The reality is that the vast majority of the modern day LAJ just doesn’t make for a compelling modeling subject.  Like much of the nation, vast swaths of its once fascinating switching spur network have been abandoned.  What remains are essentially featureless concrete cubes.  I was confident that if I stuck with it, spent enough time virtual railfanning on Google Streetview and Bing Maps, I’d eventually gain traction.  Sure enough, there it was, the scene I was looking for that says “this is the LAJ”.  The shot above was taken at 4799 South Maywood in Vernon.  This scene, combined with one on Everett Avenue and District Blvd. give me enough to launch what will be a project that I’m excited about.  The Downtown Spur is very close to the prototype.  East Rail drew on the prototype for inspiration but wasn’t an accurate representation.  Each layout was equally enjoyable.  That being the case I’ve decided to make the LAJ proto freelanced, drawing from a variety of scenes in the Vernon area but not a purely prototypical representation.  There just aren’t enough compelling, side by side, rail served scenes in existing to pull it off.