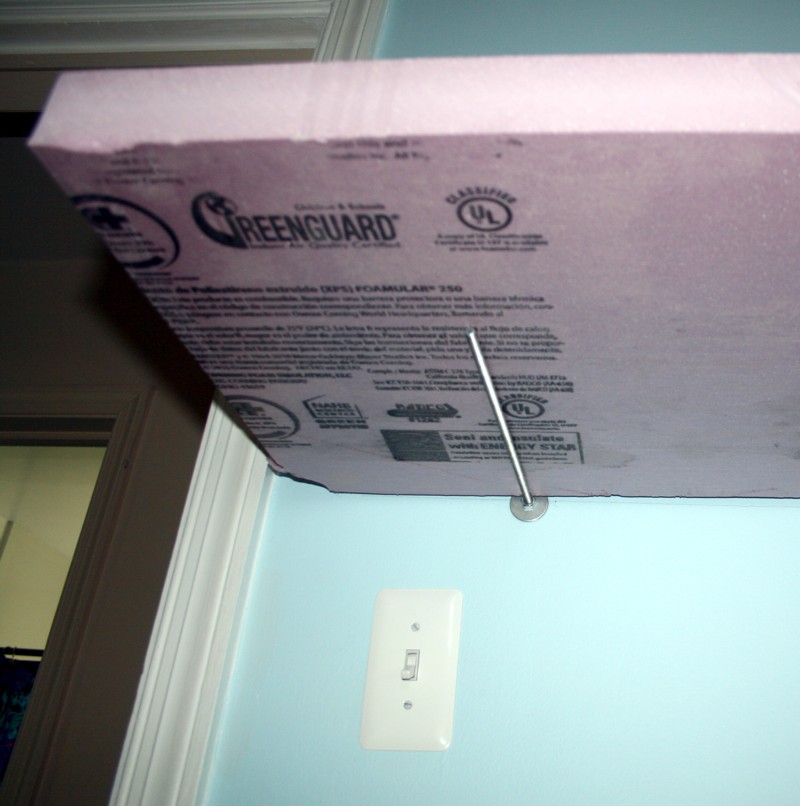 Following my last post on floating bench work, I received a number of emails wondering if the torque imparted on the hollow wall anchor would rip it out of the wall.  The design of the Hillman anchor takes this into account.  That, in combination with a large washer screwed tightly against the front face of the wall, produces a very solid connection that won’t rip out of the drywall.  Another problem has surfaced though that I hadn’t accounted for, the “springiness” of the all thread.  Although it is tight and solid where it meets the wall, at the end it is really “bouncey”.  Envision a swimming pool diving board.  It won’t pull out of its mount and won’t break but it bounces all over the place.  I’m not ready to give up on the idea but I’m going to have to try something different.  A 1/2″ square structural member that would screw into the anchor might work “if” I could find such a thing.  Also, right now I’m only using one anchor every thirty two inches.  By going to sixteen inch spacing that might help a little.