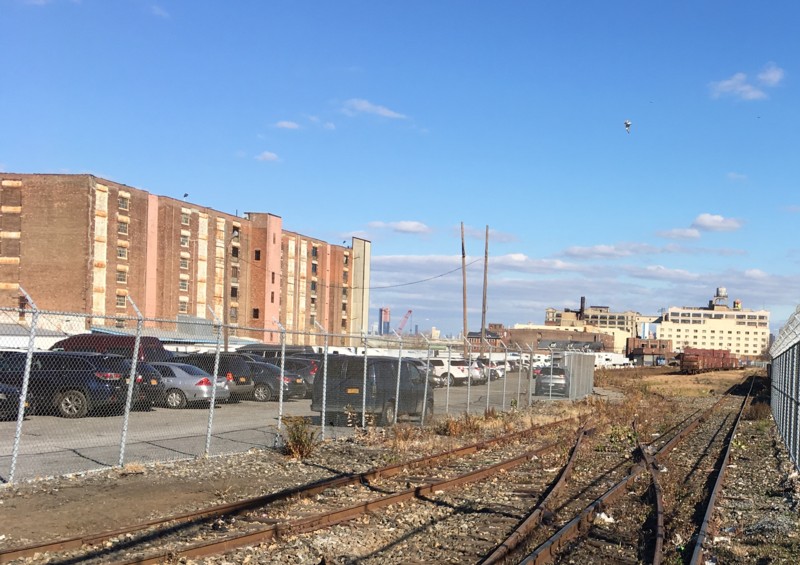 The character of 51 Street yard is still evident today. This view, facing east, is taken from the location of the old footbridge that so many images were taken from in the Flagg Book. In many ways the look is unchanged. (See Flagg Vol. 1, pg. 122)

Sometime early next year I plan on starting on my next adventure, an N scale proto freelance Brooklyn layout, drawing heavy inspiration from the old Bush Terminal (Now NY NJ Rail).  I’ve found that no matter how many books you read, no matter how many photos you study, it’s hard to get a sense of a place without having been there.  It’s just too hard to put things in context.  Last Saturday brought beautiful cloudless skies so I decided to make the four hour drive up to Brooklyn to see the area in person.  It was easy to get to and easy to find.    I was taken aback by how little the area had changed, how much of the original character and structures remain.  Gentrification has yet to set in, yet the area is clean and safe.  Parking is hard to find but I eventually found a place to stuff my car and chose to walk it from end to end and take in the great weather and ambiance of the area.  I started at 41st Avenue and walked up 1st Avenue which still has active street running serving Sims Metal (Mondays I’m told). Next up was the 51st Street Yard.  I was expecting it to be empty and close to abandonment but was surprised to see cars stored there.  The engine house is still there but security is tight and they politely told me to scat (after allowing me to take my photo).  The location of the car float/armory/coal tower has been leveled but the surrounding warehouses remain.  The Brooklyn Army Terminal is unchanged.  On the west end is NY NJ Rail’s 65th Street yard.  Again I was surprised to find it jammed with cars and the switcher hard at work.  The team track had four center beams being unloaded onto trucks.  Second Avenue passes over the yard allowing you to see the activity below.  Heading back to my car I went down 2nd Avenue.  There are numerous eateries near the hospital.  At 41st Street and 2nd Avenue is the iconic structure with the tracks cutting diagonally across the southwest corner.  For those in the mid-Atlantic or visiting the big apple I highly recommend a trip to Brooklyn.

Cobblestone streets with embedded track are still the rule rather than the exception. Except for the track in 1st street, most of the rail is no longer in use. 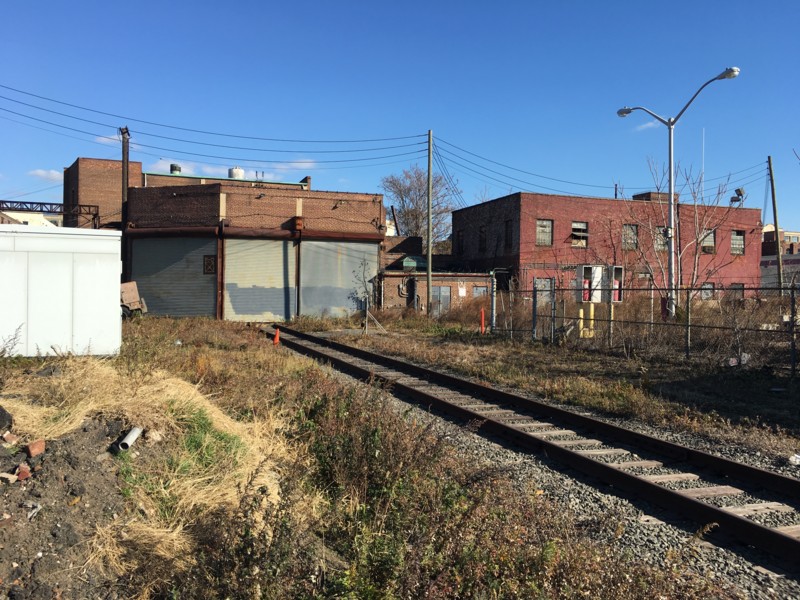 The old engine house at the east end of the 51st yard is still there. 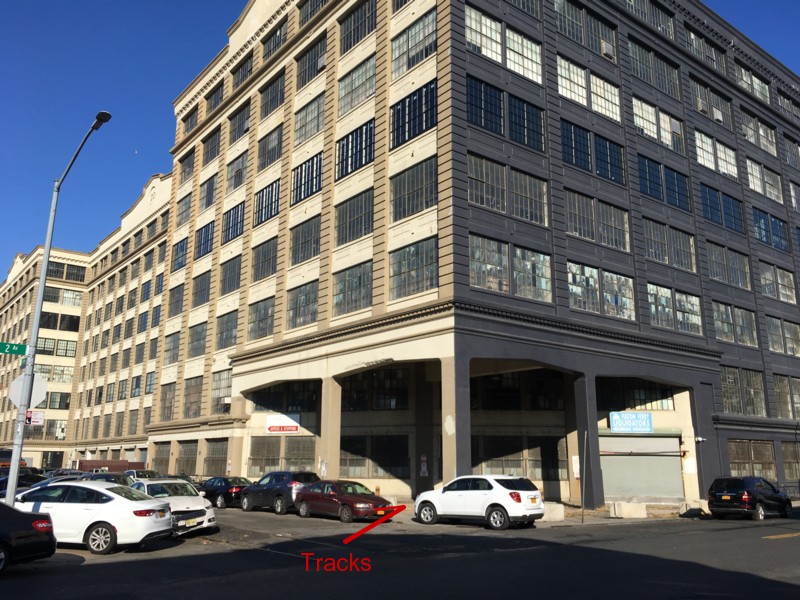 At 41st St. and 2nd Avenue the tracks cut diagonally across the structure base. Numerous historic photos were taken at this location showing locomotives rounding the bend beneath the building. 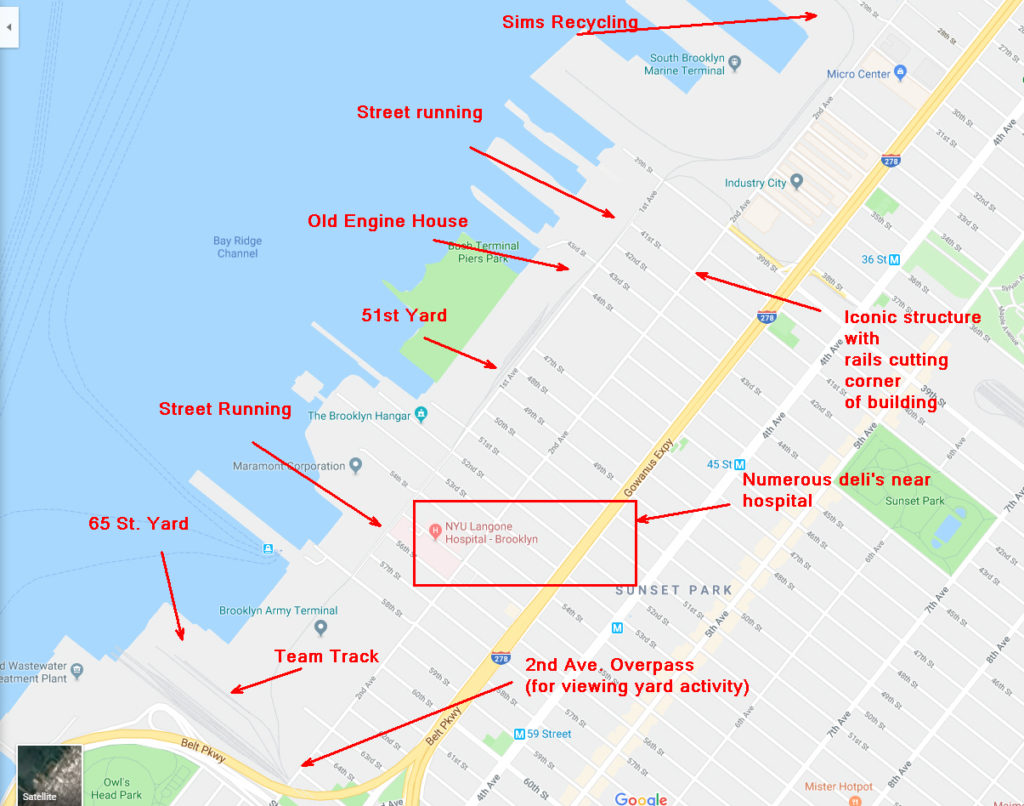 The best way to experience the old Bush Terminal is to park your car and walk it end to end. There are lots of food options around the hospital.