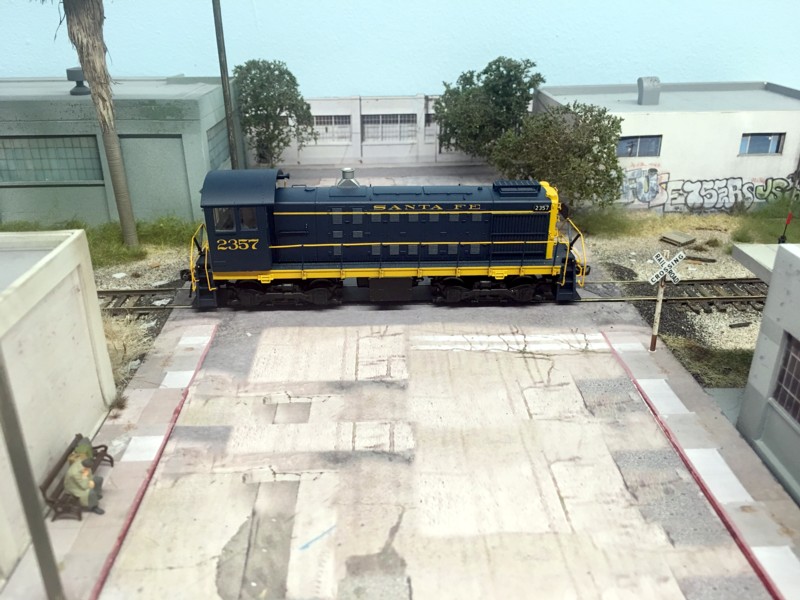 When the LAJ bug first bit me in the 1970’s, they were running zebra striped Alco S-2’s.  Next on the project list is doing a backdated rolling stock roster so I can run them.  The Atlas S-2 is a superbly smooth runner, to which I just installed a Tsunami 2 decoder over the weekend.  Next up is the time consuming task of procuring detail parts.  As you know, no one supplier has more than a few parts so it becomes an exercise in a lot of three dollar orders doubled in cost with four dollar shipping.  It  becomes expensive.  The owner of Rail Graphics is retiring at the end of the year so I had him make up some custom LAJ decals before closing shop.  Those came in a few months ago and turned out really,really well.  I think I’m going to have to do the barricade striping myself from striping sheets.  After many hours of searching it appears that the barricades currently out there are either 8″ or 5″ (CP).  The LAJ’s were 6″.  If anybody knows of a source of white, 6″ barricades, let me know.