The practice video I uploaded onto YouTube was a successful exercise in terms of rooting out where the major trouble spots are with respect to creating the type of video I have in mind.  Just as with still images, model railroad videography presents unique challenges.  At the top of the list is handling the backdrop.  As I mentioned before, they often show up as a low contrast, muddy/brownish blue.  The solution with still photography is relatively simple, just remove the offending real background and replace it with a photo of actual sky.  Doing so totally transforms an image.  But how do you do that with video?  After a false start trying to edit out the layout’s actual blue wall background as is,  I decided to experiment with the more traditional video strategy of using a green screen.  The end result wasn’t perfect but was very promising. 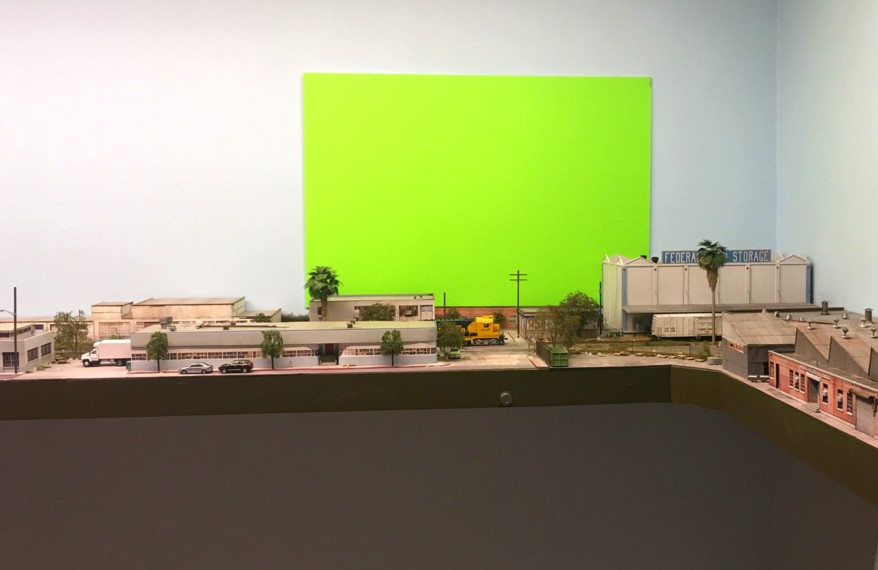 I went to Michaels and picked up a sheet of neon green, foam backed, poster board.  It’s crucial that no shadows or dirt spots appear on the board.  When you look through the lens you need to see a totally uniform sea of green.

Here is how the frames looked in a short ten-second practice clip I shot.

Next up was the editing which was done in Adobe Premiere Elements.  I loaded the clip onto the storyboard as well as a still photo of actual sky.  Using the “green screen” tool, the green screen was removed so the actual sky showed through.  If you look closely you can see just a hint of artifacts on the branches and the edge of the loco but the result was much cleaner than I expected and at least gives “proof of concept” that background removal can work with model railroad video.