Home / Opinion / An Audience of One

An Audience of One 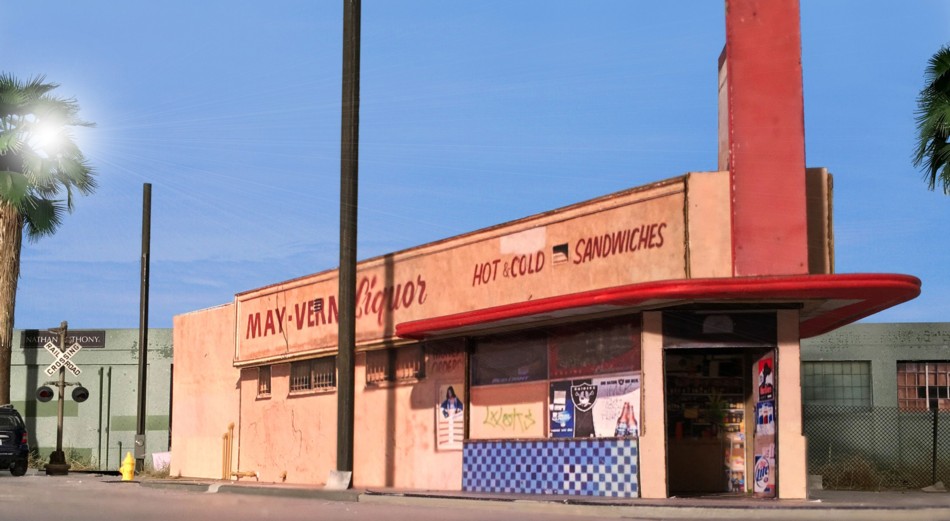 The inspiration for this photo came from studying the imagery in the movie “Tangerine”. A larger format version is uploaded on my Flickr account.

Why do we photograph and create video of our layouts?  After doing so, why do share them with others by posting them publicly?

The answer to the first question is an easy one to answer, for me at least.  Photography allows me to interpret and experience the layout in ways that are simply impossible with the naked eye.  It’s a form of creative expression and experience.  There are infinite possibilities in terms of how you position the camera, compose a shot, and light it.  Once that is done, limitless opportunities follow in terms of how you edit it.   With each approach, we can create a different experience and mood.  In the end, however, for me personally, I photograph my layout for no other reason than I like looking at the images when I’m done.

The answer to the second question is harder for me to answer.  Why do I post images publicly?  Why do you?  I’m more of an internally motivated person so, while I appreciate a compliment as much as anybody would, they don’t give me that much of a rise.  Most postings are followed by a few “attaboys”.  On occasion, somebody will email me to let me know that they think an image of mine sucks! Criticism is fair game whenever you go public.  If compliments aren’t that crucial to me, and on occasion, somebody will take a shot, why do I, or any of us for that matter, bother?  I think it comes down to two things.  First, by posting publicly, you get a sense of being part of a larger community.  Second, there is the satisfaction that some person out there will be brought enjoyment, find an idea they can use, or find a source of motivation.  Every step I’ve taken on the learning curve has been paved by the work and generosity of somebody else.  It’s nice to be able to think you can pass a bit of that on.

Since my last posting, I’ve spent a lot of time studying and trying to get up to speed on the subject of video and cinematography.   The creative energy and passion in the film hobby (or industry) has been such an energizing, motivating, and uplifting experience.  There is such a relentless drive to push the envelope and try new things.  There is so much great information out there.  As is often the case, when you Google one subject it often equates to pulling a thread that leads to even more interesting information.  Somewhere along the line, I ended up with the search phrase “short film cinematography winners”.  That led me to two exceptionally well-executed films. The first one I came across was the short film, The Painter of Jalouzi.  The second was the feature length film “Tangerine” the breakout film from Sundance 2015.  What’s interesting is that the creators of each granted numerous interviews where they lay out in startling detail the equipment they used, filming techniques and their editing processes.  There’s a lot in there that can be applied to still photography as well.  I was particularly interested in the cinematography of “Tangerine” since it was filmed in LA.   Watching it on demand I was able to hit the pause button at various junctures and look closely at how things were done.  Afterwards, I used some of the ideas to compose the shot above.  Specifically, the deep color saturation, low sun angle, and sun shining behind the palm.  If you’d like to go through the exercise yourself search Google and YouTube with the phrase “The Making of Painter of Jalouzi (or Tangerine)”.