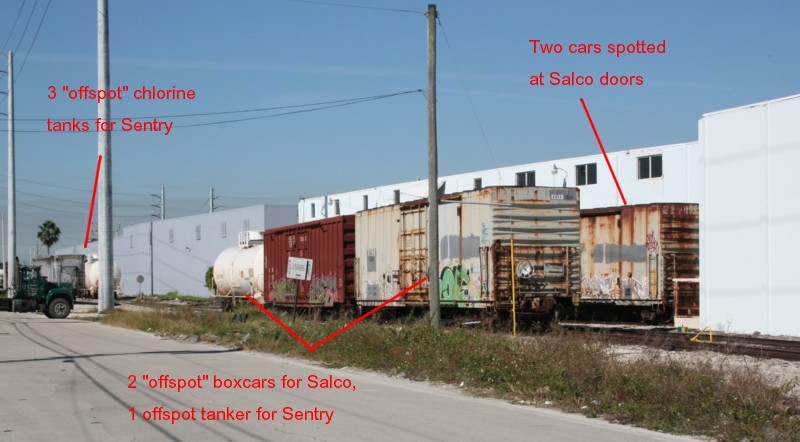 It’s hard to believe but it’s been four years since I’ve been to Miami to check on things.   A visit was long overdue.  East Rail continues to be as enticing of a modeling subject as ever.  Right out of the box we were treated to see the lead in front of Salco packed with eight cars, two at the door, two “offspots” waiting to be spotted plus four chlorine offspot tanks waiting for room to clear up at Sentry.  The track to Guixens had long since been removed and, sadly, Seaboard/Archive America’s appears to be toast (although the track remains).  I was also surprised to see a car spotted just down the street at Pan Am Paper.  So, as far as active industries at East Rail in ’17 we have: Salco, Sentry Chlorine, Suburban Propane (formerly Weeks Gas), and Pan Am Paper all going strong.