The shortest distance between two points is a straight line, something real railroads have first and foremost in their minds when it comes to going from point A to point B.  In real life,  railroads go a LONG way without turning.  Unfortunately, our basements are so small that we can only go a few feet before we hit the proverbial wall and need to turn.  Taking something that is long and straight and bending it back and forth so that it fits in our basements is a real design challenge both in terms of realism and creature comforts.  Going back to the 1950’s the ‘go to’ design solution was the dog bone solution shown in figure 1. 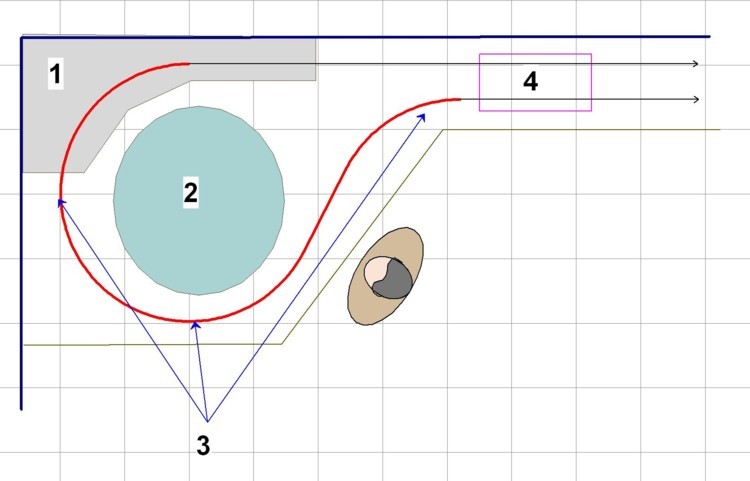 There are four major problems with the dog bone design shown above: 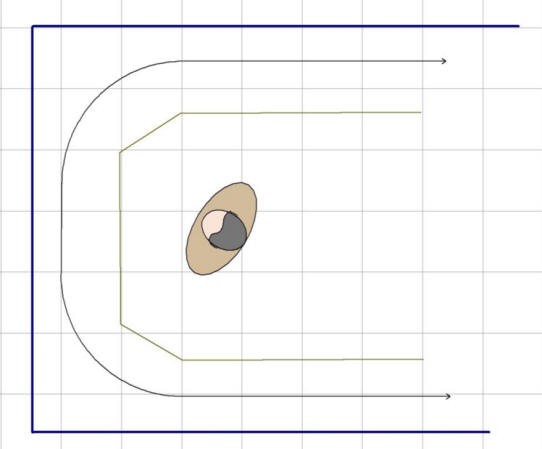 Unfortunately, the dog bone has become the design solution of choice, almost by default. In reality it should be used only as a last resort.   Railroads are mostly straight and the features around them are generally parallel or perpendicular to the right of way.  To the extent we can maintain that linear spirit with our layout designs the better off we will be.  They will look better and be more comfortable to interact with.