Home / Operations / The Operations Mindset, Symphony to Be Savored or Bitter Pill to be Swallowed?

The Operations Mindset, Symphony to Be Savored or Bitter Pill to be Swallowed? 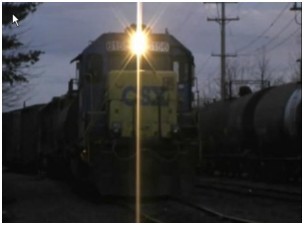 The exceptional YouTube video above epitomizes the symphony of sound and motion characteristic of railroad switching operations.  When you’re done watching ask yourself, do you want your model operating sessions to capture this flavor or that of a slot car race?

Model Railroading is unique in that it allows us to build very delicate, highly detailed models AND interact with them.  Unlike building a static model of an aircraft, our models move.  Not only that, they can be made to move in a manner and environment very similar to the real thing.

This allows to be infused into the miniature world we’ve tried so hard to create.  Not only are we transported to this world, we can be an active participant.  What could be a better break from the pressures of ordinary life?  For a period of time we can actually be the engineer or conductor, in total control and operating in an environment of our choosing?

It seems like an experience we would want to stretch out and savor, not something to be dispatched and dispensed with the same lack of  enthusiasm  we have on a trip to the dentist.  Model railroad operations shouldn’t be some bitter pill to be swallowed and washed down as quickly as possible.

And yet, that is exactly how most model railroads are operated.  It is a mission mindset.  Beat the clock. On your mark, get set, go.  Get to the finish line as soon as possible.  To watch a video of a typical model railroad switching move you’d think you were watching a FedEx driver.  You know the drill, the FedEx truck squeals around the corner, accelerates up the street,  and screeches to a halt at the door.  The driver hops out, trots up your drive, tosses the package on the porch and then blasts away.  That is EXACTLY the way most model railroad operating sessions look.  The locomotive approaches the spur at a scale 40mph, the throttle is ground to 0 in a 10 g stop move, simultaneously the turnout toggle is switched.  The locomotive slams into the car knocking it 10 feet back, accelerates like a top fuel dragster and goes onto the next move.

Why that mindset, why try to end the experience so quickly when a) it is utterly and absolutely unrealistic and b) does nothing but speed up the end to what is supposed to be a relaxing experience? There are two reasons.  First it’s just a bad habit.  Second is lack of knowledge as to how long the prototype takes and what steps they go through (study the video above for ideas).

How long should a move take?  Switching layouts start approaching the prototype when it comes to time and task.  Granted things are compressed but many tasks are not distance related.  Swapping a load for an empty on a model railroad approaches the same amount of time as on the prototype, about 15 minutes.  Switching layouts should not be dictated by a model railroad fast clock.  They should be done in 1:1 real time.

I ran a time study of the basic switching move of swapping a load for an empty on my layout. Without going overboard waiting for my imaginary conductor to walk several hundred feet, but just taking my time and incorporating operational practices it came to 15 minutes.  That’s right, working at a leisurely pace and incorporating many but not all prototype practices it was 15 minutes.   It certainly wasn’t two or three.  Why so long?  There are a lot of tasks involved in moving railcars, many of which can be modeled without being too gimmicky.

Here are just a few examples that will give you some ideas.  Current rules dictate that employees are not to jump from moving equipment.  As you operate be at least partially mindful of where your imaginary conductor is.  The locomotive needs to come to a full stop for the conductor to get off.  You don’t need to take it to an extreme but at least be aware.  Switching moves should be done at about 5 to 10 scale miles per hour.  Industrial drives and street crossings are often protected by fusees which we can model with tokens or LEDs.  Industries have locked gates which we can model.  Switches are locked which we can model.  Rail crews frequently walk over and talk to the customer rep. to confirm car spots or the task at hand.  If pick ups are placed in the train, a set and release air brake test should be performed (typically 5 minutes for a short prototype train) before the train goes down the line.  Every modeler needs to decide for themselves where the line is between operations that you want to copy and operations that are tedious.  For example, in the real world a crew may take 20 minutes to walk and inspect a spur that hasn’t been used in awhile.  Maybe that is too much to copy….or maybe you should park the locomotive put a fresh cup of coffee on and come back in a few minutes.

We’ve gone to a lot of effort to create this miniature world, why not milk it for all it’s worth and enjoy the ride.