Home / Opinion / If I Had A Million

If I Had A Million 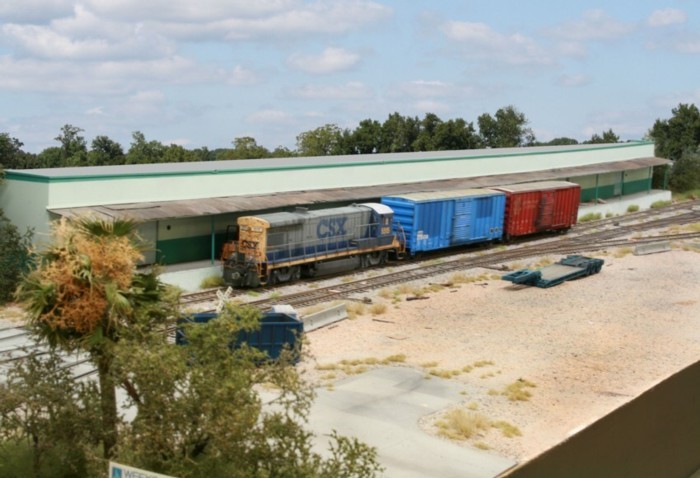 Five years after I placed the first slab of bench work East Rail provides as much enjoyment as ever.   Here’s how it looks today.

Between work, family activities, and construction of the Downtown Spur my East Rail layout has sat essentially ignored and unused in the corner of my shop for what has probably been close to a year.  To protect it from saw dust, paint dust, and god knows what else, I’d carefully draped and clamped plastic wrap tightly down from the fascia.  Every several months I’d glance over at it and wonder if the time had come to seriously consider selling it or harvesting the useable components and scrapping the rest.

A few days ago I wrapped up a project in the shop and decided to lift the veil and see how East Rail had fared over the past year.  More dust had gotten in under the wrap than I would have expected but nothing that rose to the level of damage.  For some reason the desire to run it some more crept over me and I spent a few relaxing evenings carefully dusting, vacuuming and cleaning the rail.  In short order it was good as new.  A flip of the throttle switch and I was immediately transported to 37th Avenue as the locomotive lazily went about its chores just as the real life counterpart does almost daily.

Call it an epiphany but one thing become abundantly clear, this is the best layout I’ve ever built, the only yardstick being the enjoyment it provides.   The Downtown Spur is fun from the standpoint of the long main line run and the variety  of potential projects to work on.  My N scale Monon produced many pats on the back largely due to the fact that it hit dead on the primary interest of the hobby, the steam to diesel transition era.  But from a purely personal standpoint, East Rail has been undeniably the best.

In Linn Westcott’s track plan book there is a chapter called “If I Had a Million” where he outlines how he would have obviously used the money – to build an absolutely massive, barn filling model railroad.  To each his own.  I can say with certainty what I’d do with my model railroad million.  I’d put $999,000 of it into a condo overlooking the Miami River and use the remaining $1,000 to build East Rail 2….all twenty square feet of it…tucked into the corner of the den.